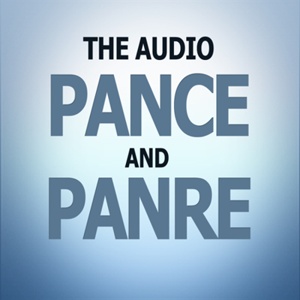 A 62 year-old homeless patient presents complaining of fever, weight loss, anorexia, night sweats and a chronic cough that recently became productive of purulent sputum that is blood streaked. On physical examination, the patient appears chronically ill and malnourished. Which of the following chest x-ray findings supports your suspected diagnosis?

A chest x-ray finding of cavitary lesions involving the upper lobes would support this suspected diagnosis.

A. Abduction against resistance tests the supraspinatus.

What is the recommended method for screening pregnant women for gestational diabetes?

B. One hour Glucola is the screening test for gestational diabetes. It is a 50 gram glucose load, with a serum glucose obtained 1 hour after the dose. Normal value is less than 140 mg/dL.

A 45 year-old smoker presents with a sore mouth and increasing difficulty eating for two weeks. Physical examination reveals a 1 cm white lesion on the buccal mucosa that cannot be rubbed off. Which of the following is the most likely diagnosis?

A 25 year-old female presents to the emergency department after an episode of substernal chest pain with radiation to the middle of her back that came on suddenly and lasted for about four minutes this morning while in bed. She denies previous episodes. Examination is unremarkable, but she appears jittery. Toxicology screen is positive for cocaine. Which of the following medications is contraindicated in this patient?

D. Pure Beta blockers, such as propranol, can cause a paradoxical hypertension because of unopposed alpha-adrenergic effects.

Which immunoglobulin is the first to respond during the primary immune response for a gram positive bacterial infection?

A patient with obsessive compulsive disorder would most likely have which of the following findings?

As a rule, solid foods such as cereal and fruits are best introduced into an infant’s diet at approximately

C. The inclusion of solid foods in the diet is best done at approximately 4-6 months. Before 4 to 6 months of age does not contribute significantly to the infant’s health and it increases their risk of allergies and atopy.

A 56 year-old female four days post myocardial infarction presents with a new murmur. On examination the murmur is a grade 3/6 pansystolic murmur radiating to the axilla. She is dyspenic at rest and has rales throughout all her lung fields. Blood pressure is 108/68 mmHg, pulse 70 bpm. Which of the following would be the definitive clinical intervention?

B. MVR is the definitive intervention to correct MR caused by papillary muscle rupture.

During an influenza epidemic, a 6 year-old male is seen with fever and a severe sore throat. The parents report that his symptoms have not improved despite administration of aspirin. The next day, the parent calls to report that the child has persistent vomiting and increased lethargy. On examination, he is found to be delirious and disoriented with hyperactive reflexes. The liver edge is 3 cm below the right costal margin in the midclavicular line. Which of the following is the most likely diagnosis?

A. The suspected influenza associated with development of vomiting, progressive mental status changes, hyperreflexia, and hepatomegaly are consistent with a diagnosis of Reye’s syndrome.

What is the treatment of magnesium sulfate toxicity?